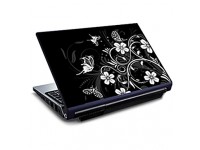 Try these wonderful video games for a wonderful experience of playing. Free trials available Luigi's Mansion 3 Nintendo Switch - Luigi embarks on a dream vacation with Mario and friends upon receiving an invitation to a luxurious hotel. However, his dream quickly becomes a nightmare when King Boo reveals everything had been a ploy to capture Mario and friends. With the assistance of Professor E. Gadd once again, the reluctant and cowardly hero Luigi traverses up and down treacherous floors of the now-ominous hotel on a quest to save them. Wield the upgraded Poltergust G-00 to slam and blow away the ghosts' defenses or summon Gooigi, an all-green doppelganger that can help Luigi overcome obstacles he can't get past alone. Interchange between Luigi and Gooigi as one player or grab a friend and control one each. For more frenetic multiplayer action, race the timer to clear various objectives on a series of floors in ScareScraper Mode. ScareScraper Mode can be played online or locally with up to eight players.   Another World: 20th Anniversary Edition PlayStation 4 -   To celebrate this cult classic, the 20th Anniversary Edition brings improvements and enhancements to the action-adventure game. Another World follows the story of Lester Knight Chaykin, a young scientist who travels through space and time to arrive on a hostile alien world. In order to survive, he must use logic and skill to overcome obstacles on his quest to escape the planet and its deadly inhabitants. You can choose from three difficulty levels for the perfect amount of challenge: normal, difficult, or hardcore. Both a remastered soundtrack and the original soundtrack are available as game options. Plus, you can even switch between the original 1991 graphics or modern remastered graphics.     Killing Floor 2 ..

15 super challenging video game from GameFly Beastly: Frantic Foto Nintendo DS - Appearances are not always what they seem. That concept is at the center of the movie Beastly and at the center of this game inspired by it! Beastly: Frantic Foto is a fast-moving, photo-hunting game where you'll have to quickly spot the differences between photos from the film. There are over 80 stills with 15 differences in each. Tap the Touch Screen to identify at least five of them before time runs out. Choose from three difficulty levels and use help items if you need guidance. Sharp-eyed spotters will unlock three mini-game puzzle challenges that offer added fun. Beastly: Frantic Foto thinkSMART Labyrinth Nintendo DS - Are you prepared to solve the mysteries of the a-mazeing Labyrinth? The popular board game has been redesigned specifically for the Nintendo DS. Enter an ever-changing environment in search for lost treasure and artifacts. Move the walls of the maze with your Stylus to clear a path or impede your opponent's progress. Race to collect relics from around the world. Beware of the moving walls, hidden traps, and other dangers standing in your way of untold riches. Up to four players can play wirelessly in their quest for wealth. thinkSMART Labyrinth Ice Age: Continental Drift - Arctic Games Nintendo DS - There's cold, and there's Arctic cold. There are the Winter Games, and now there are the Arctic Games! Ice Age takes winter sports to a wacky new level with this cold-weather competition inspired by Ice Age: Continental Drift! The herd goes up against a band of pirates in an all-out contest to see who can take home the most treasure. Compete in ten arctic athletic challenges where you'll hop, dash, and smash in events like Glacier Hopping, Ski Jumping, the Prehistoric Plumber, and the Coconut Slingshot. Earn gold, silver, ..

20 More amazing video Games from GameFly, one of the leading producers of video games from USA MLB Slugfest 2006 Xbox - Looking for a little friendly competition on the diamond? Forget about it! This is Slugfest, where Major League Baseball gets larger than life and America's National Pastime goes extreme. Slugfest batters don't just hit homers. They blast moonshots. Slugfest outfielders don't just shag flies. They reel in circus catches. Slugfest baserunners don't just touch the plate. They lower their shoulders for bone-crunching homeplate collisions. Choose Season, Playoff, or Challenge Mode and get ready to unleash withering heat with turbo pitching, drill opponents with bean balls, and go in spikes-first to break up double plays. Slugfest's '06 edition includes the franchise's Create-A-Team feature, and, for the first time, adds a Create-A-Player option. Batter up! MLB Slugfest 2006 Hard Rock Casino PSP - Take the high-stakes thrills of the world's most exciting casino anywhere with the portable virtual gaming experience of Hard Rock Casino! Inspired by the Vegas hotspot, the game lets you push your luck in four themed areas, each with varied games, limits, and house rules. Play nine table games, including Texas Hold'em, Black Jack, Craps, Roulette, Let it Ride, and more. Play five slot games on more than ten varieties of machines. Hold 'em and fold 'em in four poker room games. Raise the stakes in tournaments or "stroll" into the sports book and bet on four sports. Other casino amenities include customizable characters, tutorials, and four-player wireless. Jackpot! Hard Rock Casino Alex Rider: Stormbreaker Nintendo DS - Alex Rider has lived a normal life with his all-too-normal uncle Ian, who leads the dull life of a bank manager. But Alex's world is turned upside down when his uncle mysteriously dies. Alex soon..

​​​ Backyard Skateboarding Game Boy Adv - Put your best tricks on display and your shrewdest skate-tactics to the test, right in your own backyard with Backyard Skateboarding. The popular Backyard Kids series gets extreme as it goes portable for Game Boy Advance. Ride as one of ten Backyard skaterats, skatepro Andy McDonald, or build a custom character. Master hundreds of tricks and combos. Conquer more than 35 challenges to unlock special goods. Uncork sick aerials and rip off long grinder moves in four worlds featuring 14 areas just waiting to be shredded. Board on your own or link up with a friend and try to outdo each other in insane multiplayer contests. Backyard Skateboarding Polarium Nintendo DS - Puzzlers, your game has arrived on the DS! Polarium is a tile matching game where you'll bust out your stylus to flip black and white tiles to create matching rows. As you clear rows of titles, you'll make room for the next set of tiles falling from the top DS screen. Play against a friend in wireless multiplayer matches or build your own custom puzzles. Look out for a variety of power-ups, too. Modes include Custom, Puzzle (featuring 100 puzzles), and Wireless Multiplayer. Polarium Kill Bill Vol. 1 PSP Movies - This action-packed, epic tale of betrayal and revenge is the fourth offering from acclaimed writer/director Quentin Tarantino. Uma Thurman stars as The Bride, a former member of Bill's (David Carradine) Deadly Viper Assassin Squad, who wanted to get out and start a new life. Gunned down by Bill and the Vipers on her wedding day with the rest of the party, The Bride went into a four-year coma. Now she is awake and seeking revenge on Bill and the rest of the Squad, one by one. Armed with the finest Hattori Hanzo sword and her relentless single-mindedness, The Bride must first take out her former fellow assassins bef.. 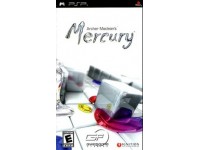 Archer Maclean's Mercury PSP - Archer Maclean's Mercury is a simple, infectious brain-teaser that every gamer can enjoy. Guide colored mercury blobs through 3D mazes by tilting levels. Begin in a training camp world and then work your way through more than 72 levels! Race and roll through six thematic worlds in several modes, including Race, Challenge, Percentage, Combo, and Boss modes. Take on a buddy in Wireless Battle Mode through 72 levels of mercury mayhem using the PSPs Wi-Fi capabilities. Archer Maclean's Mercury is simple, intuitive, and challenging - perfect for the PSP handheld. ​Every gamer can enjoy with this simple, infectious brain teaser. A product from GameFly # ..

Hot Wheels Stunt Track Challenge Game Boy Adv - In Hot Wheels Stunt Track Challenge, players are thrust into competition on a hot new extreme game show on which they must complete perilous stunts and win intense races. If able to beat opponents and impress the audience with fearless maneuvers, they will advance into other "episodes" and win better cars. At the end of the season, the driver with the most courage and best stunt skills will cruise away in a gold-plated car as the Hot Wheels Champion.   Play a thrilling game from Gamefly. Win intense races beat opponents and cruise away in gold plated car. ..

By creating an account you will be able to shop faster, be up to date on an order's status, and keep track of the orders you have previously made.